When I was six years old, I was already worried about the hole in the ozon layer. And well, we all know that things didn’t get better in the following years.

I try to live as eco friendly as I can. Reducing ones carbon footprint doesn’t necessarily mean living in a more sober way. With a bit of creativity one can still live like a king/queen/royal person, or at least feel like it!

On this page I want to share some of my creative solutions/ eco-friendly life hacks.

Travelling independently without a car

As a fan of old racing bikes (way before the hipsters took over!), I love to travel by bike. Old racing bikes are reasonably cheap and easy to repair yourself. If you get a “randonneur” version, or add a luggage rack on a regular racing bike, it can carry your luggage as well. And you can take your bike on most trains. On the picture below you see my loyal travel friend Koga Miyata Randonneur Extra from 1987.

A tip for female racing bike enthousiasts: get yourself a woman’s racing bike saddle (the weird ones with a hole in the middle). I was hesitant about these myself, but got to try one by accident. And I must say, it really changed my life, I haven’t had saddle pain ever since!!!

If you want to be more flexible on the public transport, a folding bike can be great! If you get a sturdy one, it can even carry your luggage without problems! The attachment of your panniers needs a bit of extra attention, since you don’t want to kick them with your heels while paddling, but if you figure it out well, it works!

With the folding bike on the pictures below, I travelled in Andalusia in Spain. I had 13 kg of luggage on me (tent, inflatable mattress, sleeping bag, some clothes, miniature toiletries, a flute, a bike bag, some food and up to 4 litres of water and drinks). A folding bike is definitely slower than a normal bike, but you can easily put it in the luggage compartment of buses, take it on the train (it needs to be put in a bag in some countries) and throw it in the back of a car.

My folding bike has 7 gears, I would like it to have more, since I sometimes had to push my bike up the mountain when the roads were too steep. But overal it went pretty well. Many people asked me if the bike was an electric one, since it looked a bit strange to them to find someone on a folding bike in the mountains!

The combination train/bus/folding bike could be an eco-friendly future solution! 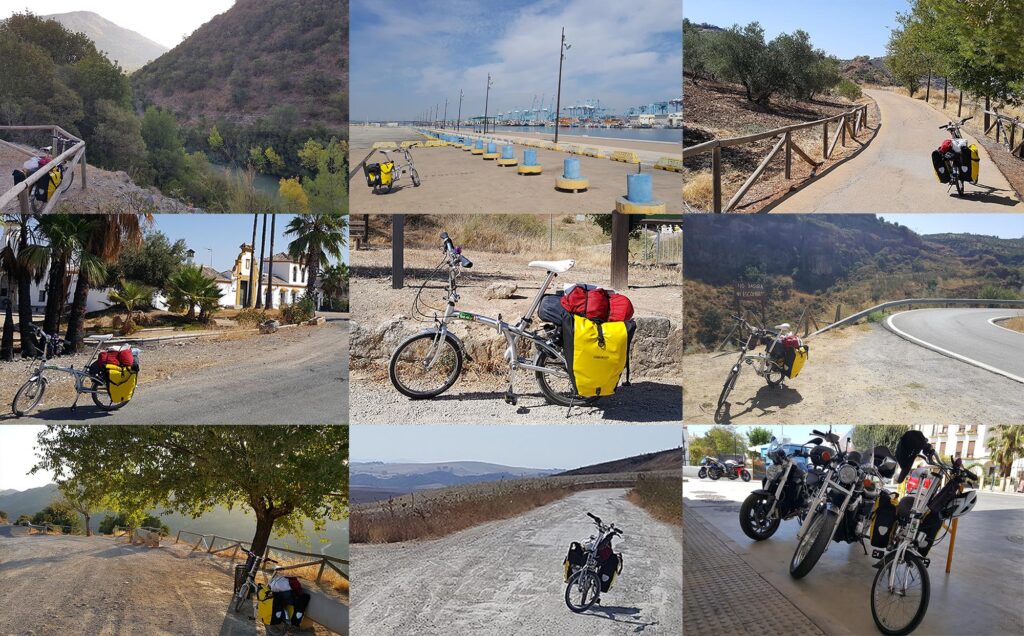 I found some wooden doors online for free. I used them to build a new kitchen. The lower two little cabinets on the top were already there, I built the one in the middle. The blue top cabinet I found for free on the internet. The lower section I built from scratch with the second hand doors  and I reused the wood of the shelving unit that used to be there. The second door from the left I cut up in strips that serve as the fronts of drawers. I found handles on the flee market at “place du jeu de balle” in Brussels and the tiles I found for free on the internet. 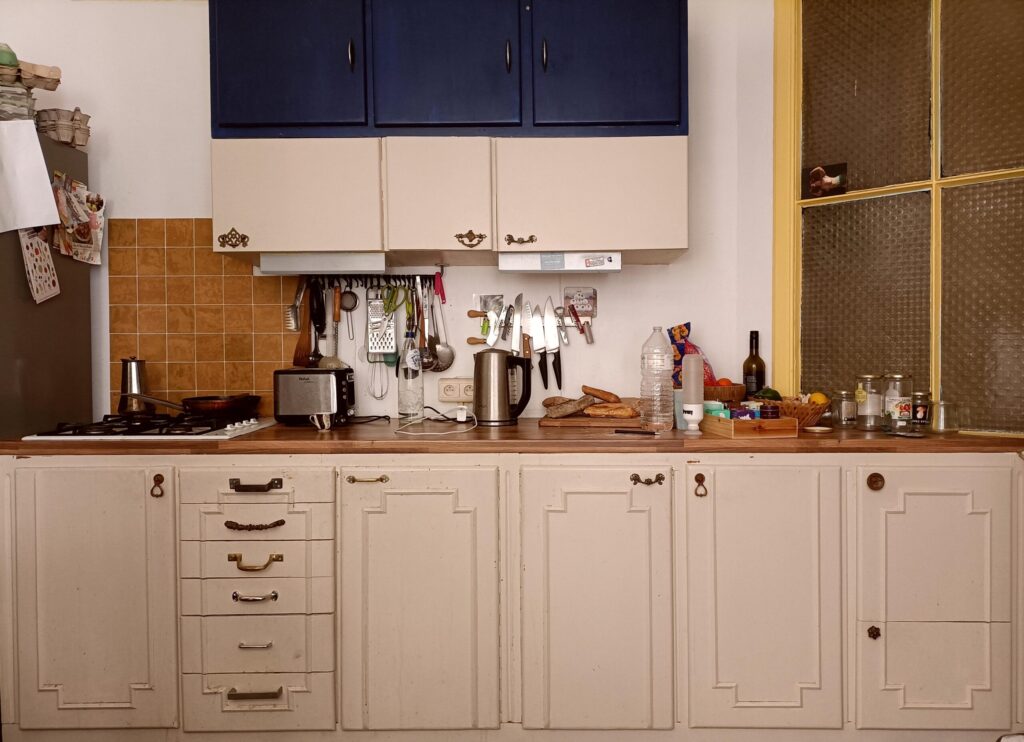 I built this mezzanine to create extra space in my room. 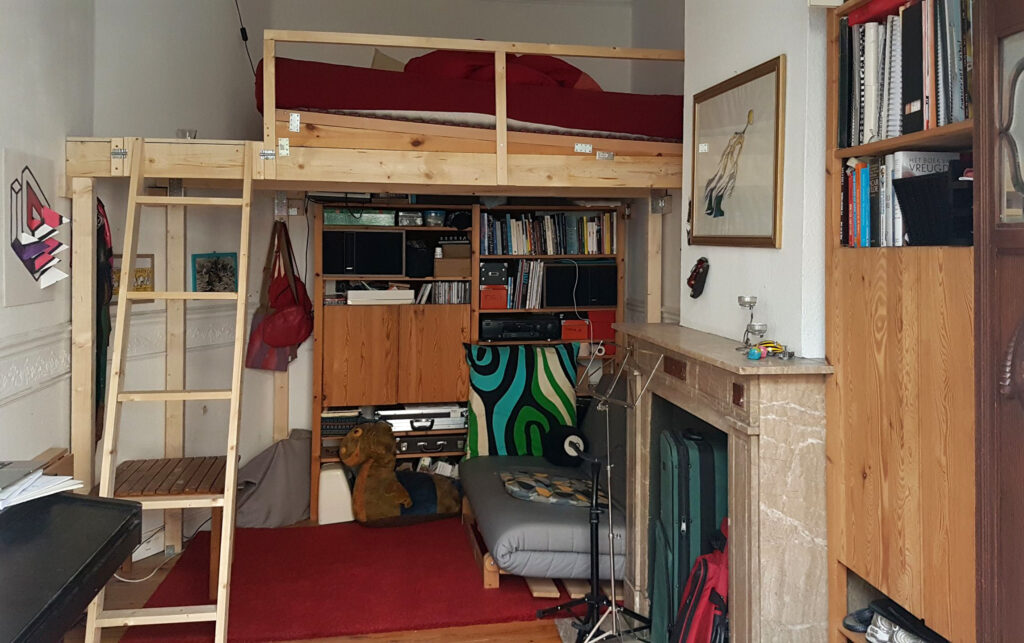